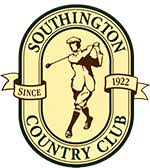 The Southington Country Club is located in the picturesque “Apple Valley” between the Meriden and Waterbury Mountain Ranges. The Connecticut country club is a public par 71 golf course. The front nine is built on a hilly open terrain while the narrower back nine is much flatter. Water comes into play on 10 of the holes.

A ninety-acre tract known as the Webster farm, located in the South End district of the town was immediately leased of Miss Frederica Parsons under a long term contract by the Parsons Golf corporation and the building of a 9-hole golf course began at once. Temporary greens were hurriedly prepared and on Labor Day 1922, a golf tournament was played by the members of the club. In October 1922, a contract was let for the construction of a club house made of rubble stone taken from the stone walls on the farm which was completed in 1923.

Southington is fortunate in having such a wonderfully fine spot for a club house and golf course as the members of the club now enjoy, it being especially attractive on the east by the overshadowing hanging hills.

The club has a membership of over 200, including members living in Waterbury, Meriden and Cheshire.

The club was presented by Miss Frederica Parsons with an exhibit of Indian arrowheads found and collected in the years past on the “Webster Farm,” now the home of the Country club. It is of fitting interest to know that the real American, the Indian, discovered by Columbus in 1492, sought out this choice place in “South end” to live, play and enjoy a natural out-door life, even to eternal rest. A little to the east of the small oak grove, near the spring and pump house, is a site which was used as an Indian burying ground.

After the Red man, came the white man, who built the first framed house in Southington, known as the Rice place, was located on the present site of Miss Parsons’ flower garden on South End road, just north of putting green No. 3.

Timlow’s History of Southington, edited 50 years ago and printed in 1875, says of “South End:” “This was once a flourishing section of the town and embraces the street running from the South Burying Ground (South End Cemetery) to the Cheshire line. The village was built up along the original twenty rod highway. Before 1780 there was a grist mill there and soon after a saw mill erected. It was here that corn was ground and kiln dried for the West India market. There was also a store that was for several years carried on successfully. At one time a large portion of the wealth and social position of the town was on this street (South End road.)”

The present generation, why not to its credit, is not unlike the aboriginal Indian, nor unlike our ancestral forefathers in fortunately discovering this choice spot to frequent and spend a little time in exercise and play in the interests of humanity and particularly the welfare of the community of Southington and its environs.

Registrations are closed for this event