Nestled along the Housatonic River on the coast of Long Island Sound sits Mill River Country Club the home of golf and social camaraderie for more than 85 years. Mill River Country Club boasts a long lineage of proud members and is a pillar of the community. With its location along the coastline we are convenient to the railroad that runs from New York to Boston. (New York City is 90 miles away to the south and Boston 120 Miles to the North.).

Mill River Country Club was established as a Country Club with a nine-hole course located on what had been Stratford farmland in 1923 and was expanded to eighteen holes in 1925.  The golf course architect was Thomas Winton, then regarded as one of the premier golf course architects of his time.  Once completed, its golf course was admired as one of the finest golf courses in New England and its clubhouse was the focus of many social events.  Most of its members were prominent professionals and owners of major businesses based in the Stratford or Bridgeport area.

The Club’s membership, which was at its maximum in the 1920’s diminished as a result of the Depression following the 1929 Stock market crash and the Club lost 130 members by resignation in 1930 and 1931, approximately two-thirds of its membership.  Greens fees during these years were reduced to $1.00 on weekdays and $2.00 on weekends.

The Club recovered quickly during the 1930’s and by the late thirties, its membership was back to its maximum level.  Starting in 1937 and continuing until 1953, Mill River was host to the Shoreline Open Championship, a major P.G.A. Tour event, which brought the outstanding golfers on the P.G.A. Tour to Mill River.  Winners of this P.G.A. event, many of whom played several times at Mill River, were Gene Sarazen, Harry Cooper, Julius Boros, Jay Hebert, Claude Harmon, Tommy Armour, and Mike Souchak.  In later years, Mill River has hosted two State of Connecticut Opens and the U.S. Ladies Amateur Championship.  In 2002, and every year thereafter, Mill River was chosen to host the Players Ability Test for the Connecticut Section of the P.G.A.

Mill River’s Olympic Size Swimming Pool (the largest pool of any Club in the area) has been an attraction to Club members since its construction in the 1960’s and has been the practice pool of the Mill River Swim Team, composed of children of Mill River Members, a team that has participated in many inter-Club events and affords the opportunities for Members’ children for swim instruction, swim competition and childhood camaraderie.

The main Clubhouse, which contains seating capacity of approximately 225, has a panoramic view of the golf course, was fully renovated in the mid-1970’s, is available for Members’ dining experiences and is often utilized by Members for gala events, including weddings, engagement and anniversary parties, private gatherings and other life events.  The grill room and outdoor patio dining are also available for less formal dining experiences. Renovations to the golf course and the Driving Range were made in 2005.

Unusual for country clubs in this area, four modern bowling alleys have been maintained on the lower level of the Mill River Clubhouse which have provided an additional source of enjoyment to its Members and their children who participate in the Adult and Youth Bowling programs and leagues at the Club.

Mill River has historically welcomed women and men of all diverse ethnic, cultural, and religious backgrounds.  Indeed, it is this diversity that has always been one of the most attractive characteristics of the Club. 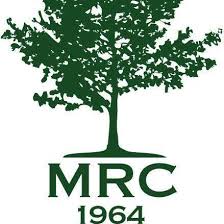